Four people have been left dead–including a woman who was shot in the chest–after an army of Donald Trump supporters invaded Capitol Hill (the building that houses the US Senate and House of Representatives) in a bid to overturn the election victory of Joe Biden.

Democrat Biden won the US presidential election with 306 electoral college votes and 51.4 percent of the popular vote. 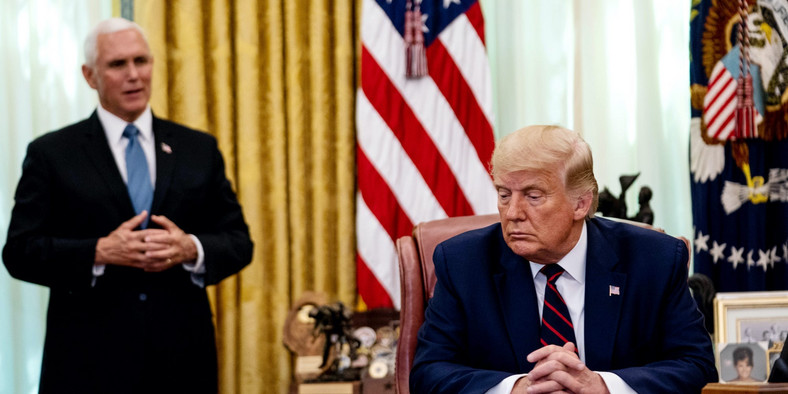 Trump has maintained that the election was rigged, and his unsubstantiated claims about election fraud and his inflammatory rhetoric led to the protests that engulfed Capitol Hill on Wednesday, January 6, 2021.

In what has been labelled an unprecedented insurrection in the US media, the protesters who bore Trump placards and confederate flags, invaded the US Congress as legislators commenced proceedings that would have certified or validated Biden’s win ahead of his inauguration as the 46th President of the United States on January 20.

The mob broke the doors and windows of the Capitol building, overwhelmed law enforcement, forced legislators to cease proceedings and to be evacuated, and tore everything within the facility.

One Trump rioter sat on the seat of House Speaker Nancy Pelosi and posed for photographs. There have been images of the rioters posing with police officers, confederate flags in tow. 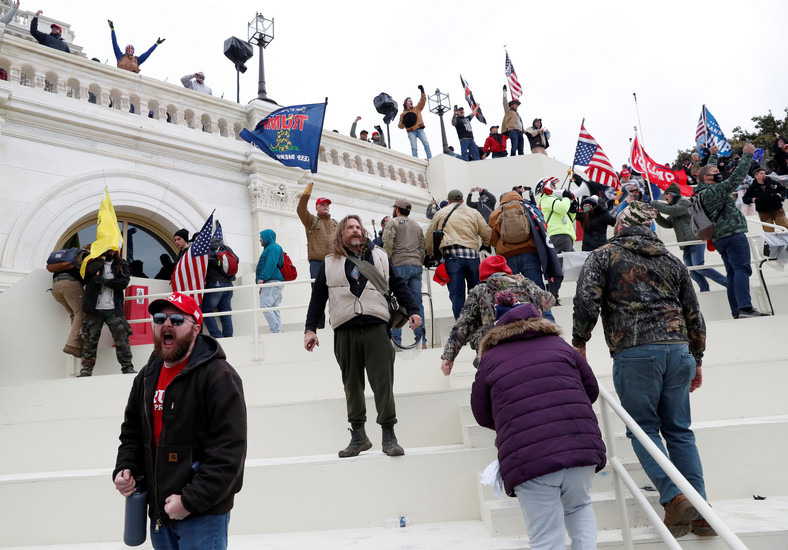 It took a couple of hours before law enforcement regained control of the building and restricted the rioters to the lawns surrounding the facility.

US Capitol Police worked to secure the second floor of the Capitol first, before pushing demonstrators off the steps on the east side of the building.

With about 30 minutes to go before the curfew that had been imposed on Washington in the wake of the riots, police amassed in a long line to push the mob back from the Capitol grounds.

CNN White House correspondent Kaitlan Collins notes that “the U.S. Capitol was breached today for the first time since 1814, when the British attacked it and set it on fire during the war of 1812. How shameful.”

Twitter has locked Trump’s Twitter account for 12 hours and has promised to do so permanently if the US President continues to use the platform to incite, lie and spew conspiracy theories concerning the election.

Trump has lost multiple cases to overturn the outcome of the election in courts and his attempts to do so through state officials and the electoral college have also failed. Source: