Presidency says only 10 boys were kidnapped from Katsina Secondary School

On Friday December 11, 2020, at around 9:40 p.m., gunmen wielding AK-47 rifles stormed the Government Science Secondary School in Kankara, Katsina State, shot into the air and rounded up the students.

The attack was reminiscent of the kidnapping of over 200 schoolgirls in Chibok, a Borno community, in 2014.

Witnesses and officials have estimated that the school typically holds 800 to 1,200 students.

Katsina State Governor Masari announced on Sunday, December 13 that the government has been unable to account for 333 students.

The presidency has given a much lower tally, however.

The Senior Special Assistant to the President on Media and Publicity, Garba Shehu, told the BBC Hausa Service that only 10 of the schoolboys are still with the bandits.

The BBC Hausa bulletin reads, “The government of Nigeria has said its security forces have surrounded the location where gunmen have kept schoolchildren abducted from a secondary school in Katsina State.

“Spokesman for the President, Mallam Garba Shehu, told the BBC only 10 children were remaining in the hands of the gunmen according to their colleagues who escaped from the gunmen.

“The number is below figures released by school authorities at the beginning. Garba Shehu said the school children who escaped said 10 of their friends were still with their abductors.” 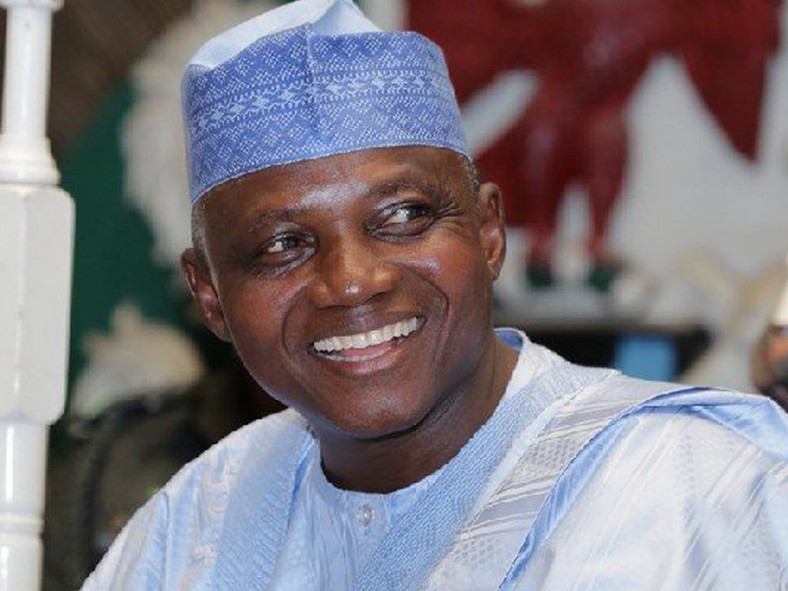 Shehu has just added on Twitter that: “Some of the returning students debriefed by the military disclosed that 10 of their colleagues were taken by the bandits. As I said to the BBC, that still needed to be verified.

“Of course this is different from saying that all the others had been been accounted for. The forests and neighboring villages are being searched and parents are being contacted for information about their children.”

President Buhari, who is on a private visit to his home State of Katsina, hasn’t visited the school where the abduction occurred or met with the parents of the abducted schoolboys.

The president ordered a delegation from Abuja to visit the school, instead.

It is still unclear who was behind the attack. Some witnesses said the gunmen were Fulani, a nomadic ethnic group in Nigeria.