“I am under attack here by hoodlums,” the senator who represents Imo West in the upper legislative chamber, Rochas Okorocha, bellowed into the phone as gunshots rang around him on Sunday, February 21, 2021.

Before long, hoodlums armed with grenades, guns, cudgels and bottles were ransacking the cars of the ex-Imo governor and his aides and confiscating everything of value.

In the background, the Royal Spring Palm Estate, which the senator had gone to unseal, was submerged in gun powder and smoke and a couple of aides of the senator had sustained wounds to their heads and bodies for effect.

Blood had been splattered everywhere on the terraces and a couple of aides were bleeding profusely.

“They shot my aides and destroyed all my cars. If the police can’t arrest Chinasa Nwaneri who is Governor Hope Uzodinma’s Special Adviser on Special Duties, they have no right to arrest any citizen of this country. As a senator, I am going to put a formal petition to that effect,” Oko

The relationship between Uzodinma and Okorocha has soured for quite a while now due to political differences; and what played out last weekend in the Imo State capital was the culmination of a long-running battle for supremacy between both men, ahead of the 2023 politicking season.

“More than 200 gunshots were fired at my aides,” Okorocha says. “Hope Uzodinma wants to rule Imo State by intimidation. He is busy demolishing all my projects without building anyone. Uzodinma has taken a personal attack on me and my family.

“Uzodinma has reported to the EFCC and ICPC and there are probes against me yet he is bent on fighting me. 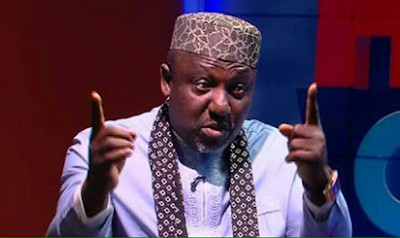 “Uzodinma used the police against me. I therefore call on the IGP to probe the actions of Government House, Owerri policemen. Their actions were questionable. Chinasa Nwaneri shot my aide and my son-in-law, Uzor Anwuka.

“Everybody knows that I was not poor before I became governor. Talking about the estate, I was the one who begged my wife to come back home and invest in our state so that our people will have employment. 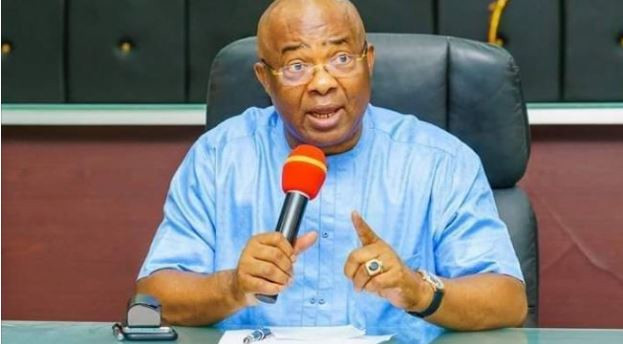 “Uzodinma must be called to question. The governor was using his position to aid thuggery. Before I went to that estate on Sunday, I called the CP and the Director of DSS and they said they were not aware of the sealing of the estate, therefore, I went there to find those who sealed the estate without the approval of the police and the DSS and moreover, there was no court order. Uzodinma should not take my peaceful disposition for granted,” Okorocha blares, belligerence now outlining every feature of his 58-year-old frame.

Okorocha was governor of the southeast state of Imo from 2011 to 2019.

Buhari rules out amnesty for bandits, vows to deal with them