YouTube says it has suspended the channel of United States president, Donald Trump, for violating its policy.

The online video-sharing platform told CNN that a video recently shared on the president’s channel had incited violence.

The president’s channel is now prevented from uploading new videos or livestreams for a minimum of seven days, a suspension that may be extended.

Without sharing details of the particular video, YouTube said it also removed the content from the White House’s channel.blob:https://unclekjblog.com/7b288e5d-fe3b-481d-aab1-82b294f91494

“After careful review, and in light of concerns about the ongoing potential for violence, we removed new content uploaded to the Donald J. Trump channel and issued a strike for violating our policies for inciting violence,” YouTube said.

YouTube is the latest in a long list of platforms to impose a temporary or permanent ban on Trump after Twitter and Facebook permanently removed him from their platforms following last week’s riot at the U.S. Capitol.

Pro-Trump supporters invaded the Capitol Building in Washington DC on Wednesday, January 6, 2021 while lawmakers were certifying the result of the November 2020 election won by Joe Biden. 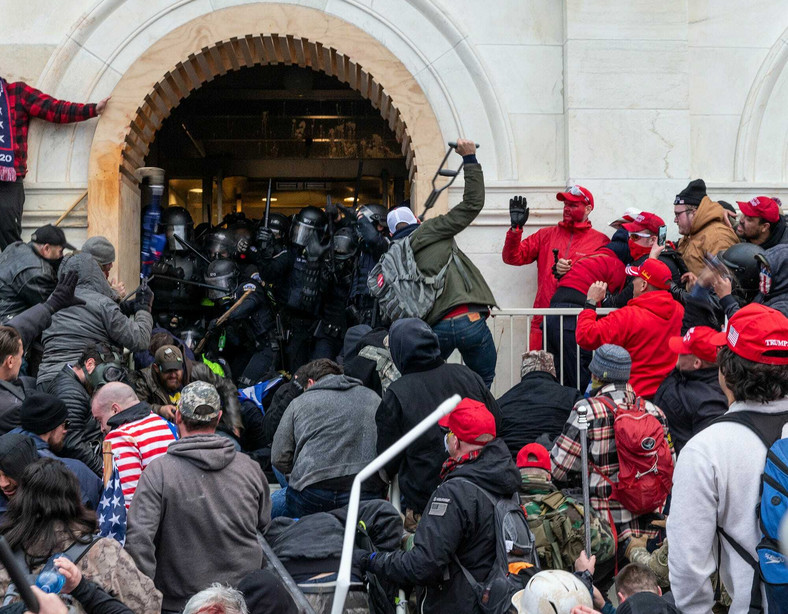 For weeks, Trump has repeated disproved claims of electoral malpractice and voter fraud, insisting instead that he won by a wide margin.

The Republican president also launched numerous lawsuits that failed in courts, and made a last-ditch attempt to force Congress to reject the result during last week’s vote certification exercise.

Trump’s remarks before, during, and after the riots have been blamed for inciting his supporters and undermining America’s democratic institutions.

Lawmakers in the U.S. House of Representatives on Tuesday, January 12 voted for Vice President Mike Pence to invoke the 25th Amendment and remove Trump as president.

Pence has rejected the resolution, a move that will prompt the House to proceed with impeaching Trump for a second time.

Unlike last year when he was acquitted by a Republican-controlled Senate after the Democrat-controlled House impeached him, the current bid to impeach Trump days to the end of his presidency is gaining bi-partisan support.

Joe Biden will be inaugurated as the new U.S. president on January 20 alongside vice president-elect, Kamala Harris.